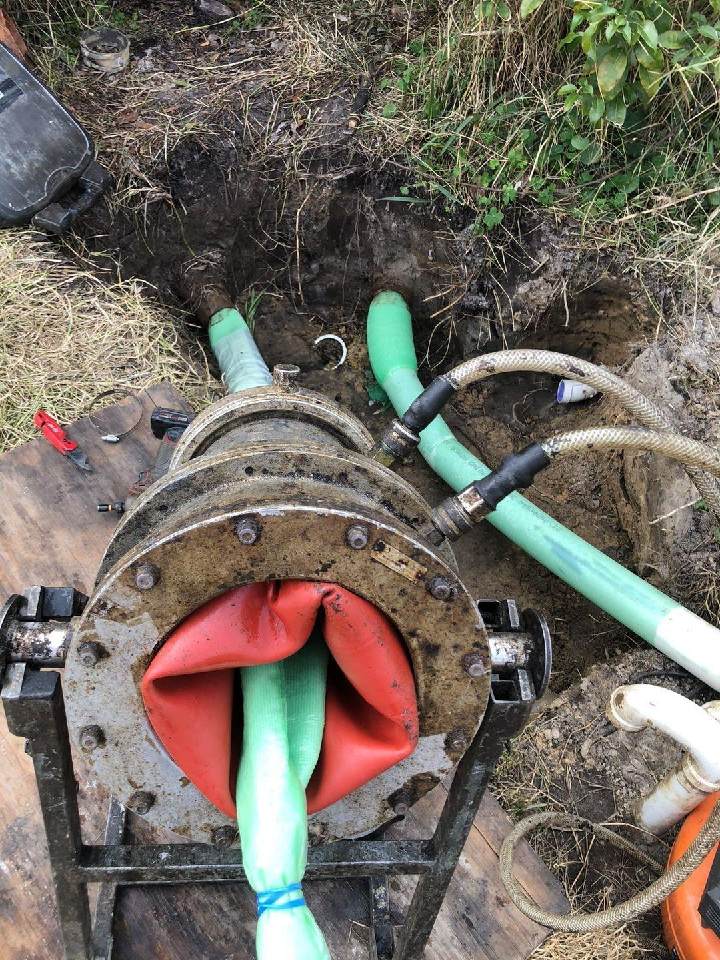 If you’ve read one blog or article on a trade website, I’m sure you feel like you’ve read them all. The overall tone and approach to the subject matter is oftentimes monotonous and dry. Designed to drive web traffic by using key words and phrases, blogs of this type seem to be written by a content robot in a bunker somewhere. They’re effective, no doubt about it. But beyond being directed to the host site based on SEO, very few people are seeking out the blog or article itself.

We’ve decided to take a slightly different tact. Sure, we’ll still take advantage of the system to drive traffic and everything we do will be product and material focused. But to add a little twist, we’ll do it from the perspective of someone with, well, perspective.

I’ve been lining small diameter pipe for nearly 17 years, and now I travel the country helping contractors and technicians understand the how — and most importantly the why – of MaxLiner products and services. We’ll interact directly with these people and get their opinions and stories of doing things the MaxLiner way. And maybe we’ll have a little fun while doing it. I’m not sure the content robots are capable of having fun.

I wouldn’t call my experience in small diameter CIPP unique, exactly. I would say that my path is the road less traveled. At one time, nearly 80% of small diameter CIPP installers in the US were lateral guys, lining from the house to the street. Generally speaking, even if those contactors eventually started lining in and under the building, they started with laterals. The company I worked for just jumped in the deep end immediately and was formed as a small diameter, residential, under slab lining contractor.

To say the beginning of my career had growing pains is an understatement. Quite frankly, we didn’t know what we were doing. The level of support and training that exists at MaxLiner and other manufacturers today, did not exist then. We learned by doing; and a lot of times failing. The challenges of lining all the twisting and turning small diameter pipes under the floor of homes was made worse by the limited ability of the materials at our disposal. Then came WovoLiner.

The normal sewn felt liners – like scrim and linertube – which are the backbone of the industry work great in their intended application. We were using these products in spots where they weren’t designed to be installed. It was your basic square peg in a round hole situation. We needed something more flexible and easy to install when lining around the multiple turns we faced every day under the building. From the first time we got our hands on Wovo, we knew the game had changed.

WovoLiner’s unique construction and seamless loop stitching allowed us to install around virtually any turns and pipe configurations we encountered. The finish in the turns was superior to anything we had previously put in the ground and the ease with which it inverted made our difficult projects easier from the start. With Wovo in our arsenal, the impossible became possible. Need to line around a closet bend? No problem. Want to line through the vertical to horizontal transition? We probably wouldn’t attempt it before adding WovoLiner, but it became something we did daily. Our equipment remained the same, but our capabilities increased because the versatility of WovoLiner allowed us to design jobs in a way we wouldn’t dare with standard stitched felt. This one product changed how we looked at small diameter lining and its limitations.

The Marriage of MaxLiner and WovoLiner

From its infancy, MaxLiner branded and supported the innovative WovoLiner product in the US. As more and more contractors branched out into the rehabilitation of small diameter drainage systems with multiple turns, the need for an ultra-flexible, easy to install alternative to standard felt liners became a priority. With WovoLiner, MaxLiner was able to supply and service those contractors with the most versatile product in the world. You don’t have to go back in the history of small diameter lining very far to find a time when lining a 90-degree bend in 4-inch was so difficult that most contractors would simply excavate at the location of the turn. You could line the 90 with pre-existing products, but the resulting wrinkles and folds in those turns made for a bad finished product. WovoLiner’s unique qualities made it not only less difficult to invert around the turns, but the finished product was nearly flawless no matter the pipe configuration.

MaxLiner has always had the distinct advantage of being sister companies with Applied Felts. The wide range of liners offered by MaxLiner is unmatched by other manufacturers. Within MaxLiner’s suite of offerings is a product to fit any contractor’s needs. WovoLiner adds to that by providing those companies looking to add in-house lining to their repertoire with a product capable of lining around multiple bends easily, and with spectacular finished qualities.. MaxLiner and Wovo have become so synonymous that when the MaxLiner System was featured on an episode of the original DIY home improvement show This Old House, WovoLiner was the material installed on the episode.

Keith Smoker, Plumbing Specialist with Mr. Rooter of Northwest Florida, has a trenchless experience similar to mine. He’s been installing small diameter CIPP for 14 years and when he first started using WovoLiner seven years ago, he and his team became instant believers in its capabilities.

“We primarily install small diameter CIPP under buildings and houses,” says Smoker. “Having a product that is always reliable to install through multiple bends is always an asset.”

“WovoLiner is our go to liner for under slab installs due to minimal wrinkling around bends, no stitching, and ease of installation.”

In residential settings like the ones Smoker encounters daily, the pipes typically range in diameter from 4-inch down to 2-inch. I could give you the contact information for hundreds of CIPP professionals who get heartburn at the mere thought of lining pipes that small. But with WovoLiner’s blend of flexibility and low-pressure inversion, installers are approaching projects that used to be deemed impossible with confidence.

“Our crew just finished a project that we never would have even attempted in the past without the capabilities that WovoLiner gives us,” said Smoker. “We just recently were able to minimize potential significant demolition inside a newly remodeled apartment building due to compromised 2-inch rotted cast iron piping. WovoLiner gives us the capability to install liners in 2-inch cast iron on a routine basis, which is an asset to our underground crew and for our customers.” 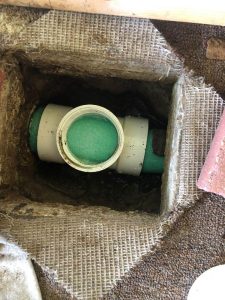 For me, one of the most exciting things about being on the MaxLiner/Applied Felts team is the commitment to continued improvement and development of our product lines. When I came onboard in January, I was struck by the sheer size of the machine I had joined. The desire to innovate is one thing; the ability to do so is another thing entirely, and at MaxLiner, we have that ability due to being a part of the largest liner manufacturer in the world.

WovoLiner specifically has been at the tip of the spear in that initiative to make existing products perform better. Over the last few years, the full weight of resources available to us has been focused on improving WovoLiner’s already impressive capabilities. By purchasing new state-of-the-art manufacturing equipment and focusing research and development on Wovo, we have been able to control and quantify the stretch factor (which most will tell you is the one small drawback of WovoLiner,) while also improving on physical properties like flexural modulus.

Long term, there will be other innovations and improvements. I’m not at liberty to discuss them just yet but trust me when I say they are exciting. When Wovo changed my approach to small diameter lining all those years ago, I never imagined I would get to be a part of developing the next generations of this amazing product. It is without question one of the most fulfilling things in my career.

Just like the development of WovoLiner, this blog is an attempt at something different. Stay tuned as we look at a wide range of MaxLiner products and services from a slightly unique perspective. We welcome your feedback and opinions.

Drop us a line if you have questions, comments or ideas about future blogs. You can follow @MaxlinerCIPP on all social media platforms and check me out on Instagram @james_lines_pipe.

Jim Holcomb, owner of Roto-Co, Inc., the largest Roto-Rooter franchise in the United States, made the strategic decision to expand the company’s CIPP business line

To understand the best CIPP lining system for your needs, first decide whether it is the best fit for you as a contractor? What do

As North America’s underground infrastructure ages and deteriorates, system owners look to ways they can get the most bang for their buck when it comes

As North America’s underground infrastructure ages and deteriorates, system owners look to ways they can get the most bang for their buck when it comes to repairs. Many times, that will lead them to trenchless rehabilitation methods.