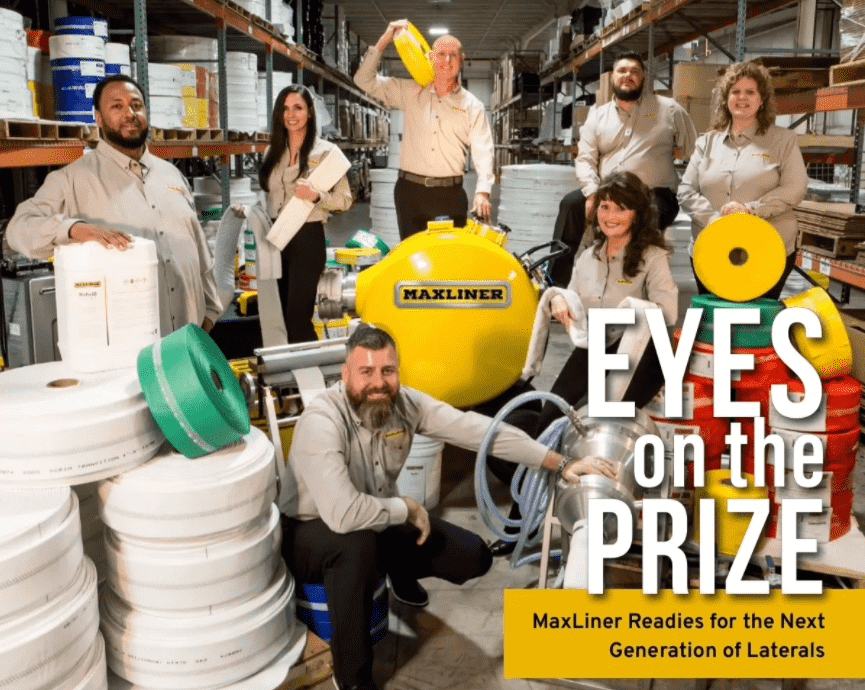 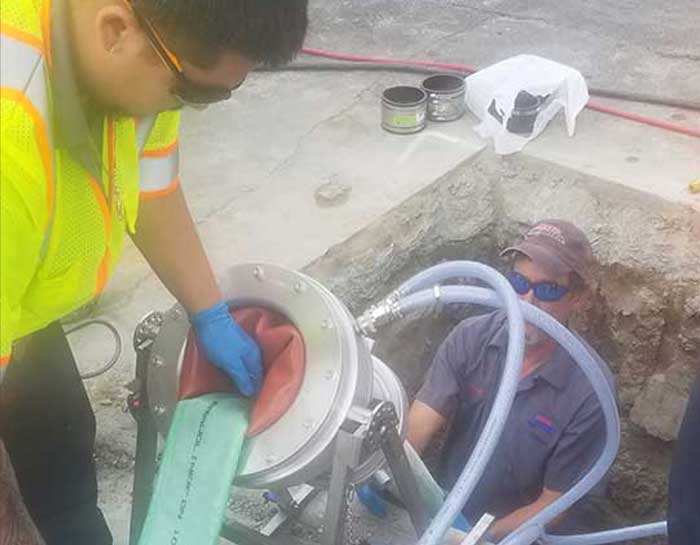 Jim Holcomb, owner of Roto-Co, Inc., the largest Roto-Rooter franchise in the United States, made the strategic decision to expand the company’s CIPP business line in the markets where it was most needed. One of those regions is Salinas, CA. Previously, Roto-Co had sub-contracted CIPP lining projects to a SoCal CIPP contractor, but based on […]

As North America’s underground infrastructure ages and deteriorates, system owners look to ways they can get the most bang for their buck when it comes to repairs. Many times, that will lead them to trenchless rehabilitation methods. 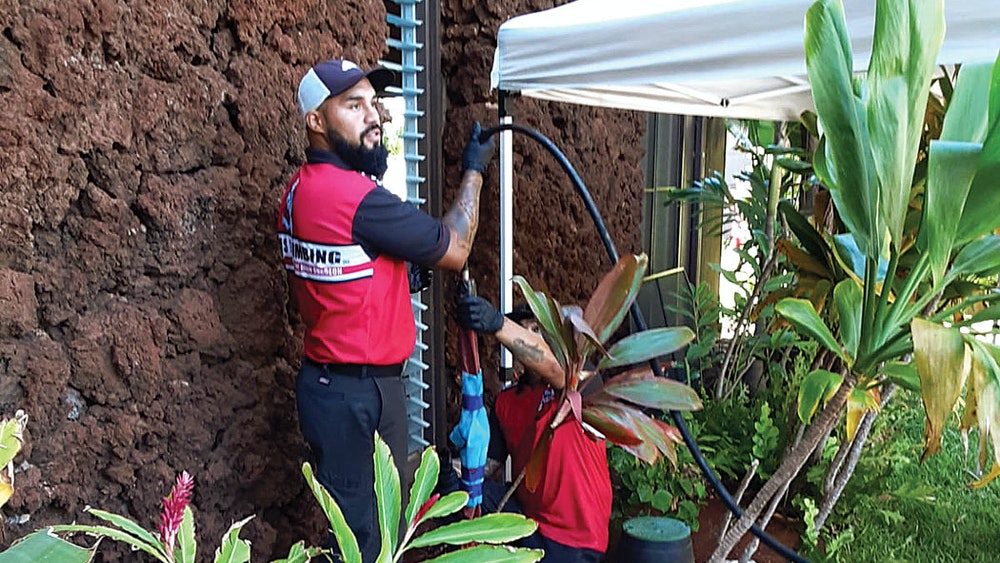 Stacking Up Relining Jobs with Max WovoLiner Cured-in-place liners for branch-line tees bolster Hawaiian plumber’s plans to go vertical For years, Steve Allen was frustrated by his inability to effectively tackle what he believes is a large potential market for pipeline rehab work: lining vertical stack pipes that are failing in condominium and apartment buildings. […] 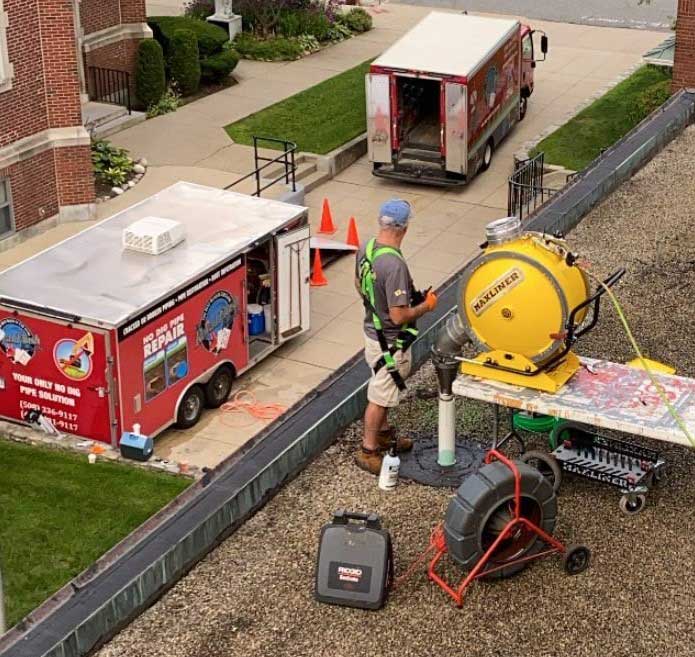 Maxliner’s customer, Royal Flush Plumbing recently completed a CIPP lining job for St. Prius Church in Providence, Rhode Island. The church’s pipes had severely deteriorated. They were hidden behind marble and granite, and encased in concrete. Marc Watson, owner, Royal Flush said “It was a risky project. We didn’t know what we were going to find behind the walls.” 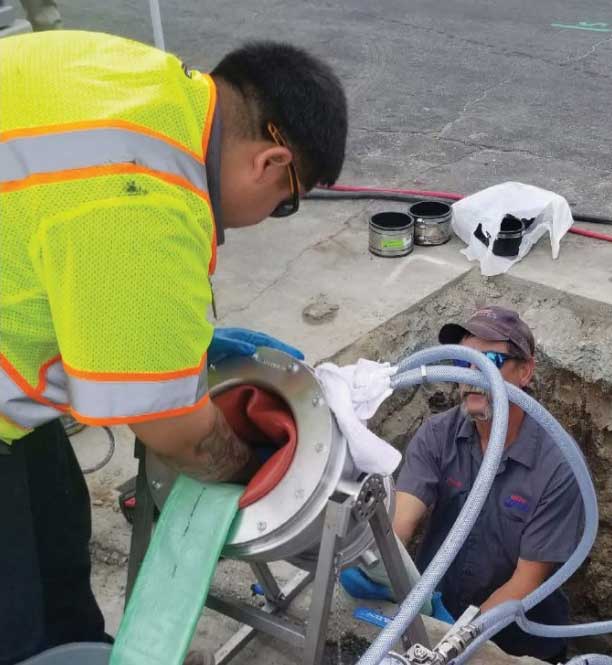 MaxLiner USA is excited to be a part of the success of C. Carlin Plumbing’s growth and profitability! 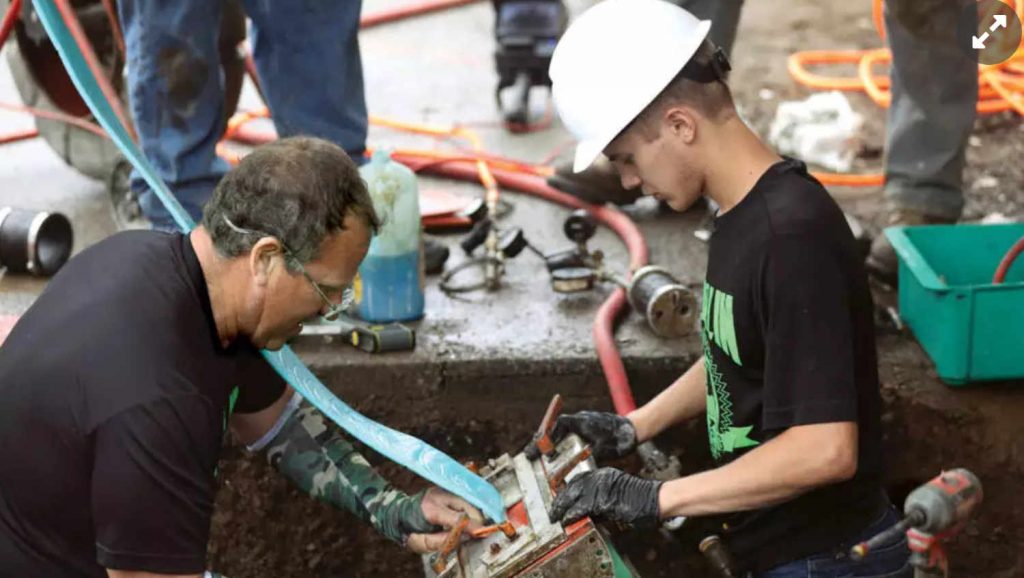 Pennsylvania Contractor Makes Lateral Move Into Inflow and Infiltration MaxLiner USA is excited to be a part of the success of C. Carlin Plumbing’s growth and profitability! It’s not often a businessman has good things to say about new government regulations. But for Chris Carlin, owner of C. Carlin Plumbing in Erie, Pennsylvania, new ordinances […]

Lateral Lining Saves Water and Summertime Fun The City of Sterling Heights, a suburb of Detroit, Michigan — population 132,000 — has undertaken what it calls “The Recreating Recreation” initiative to leverage existing natural resource assets to create a city that provides its residents with year-round recreational opportunities. One of those initiatives, an outdoor splash […]

In Las Vegas, Nevada, Casino Revenue Protected with Creative CIPP Lateral Lining Solution The first thing that comes to mind when many of us think of Las Vegas is gambling, and that perception is supported by the facts. According to the Nevada Gaming Control Board, taxable revenue generated over the past year (8/01/14 – 7/31/15) […]